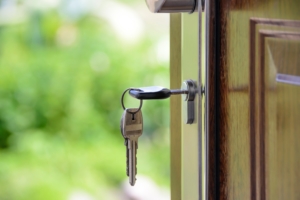 Canada was recently ranked the second best country in the world by the U.S. News & World Report’s Best Countries report, runner-up to Switzerland.  Canada has also once again become a top-ten destination for expatriate relocations, coming in at #9 after a number of years out of the top ten.  This is all good news for Canada the country, but relocations [in] Canada are proving to be challenging for Canadians, especially when it comes to real-estate.

By now, the world is (or should be) aware of the dramatically (and some say ridiculously) escalated housing prices in Vancouver, B.C. and the Greater Toronto Area, Ontario.  Coincidentally, both these locations have been (and still remain) hubs for vast sums of foreign investments into Canadian real estate.  While Canadian housing prices have historically been a bargain by world standards when compared to some other countries, the last few years have seen such a dramatic increase in prices that governments have been forced to intervene so as to appease the local populace.  As housing in some Canadian cities has become more and more unaffordable, so have the cries become louder and louder for something to be done.

For a number of years Vancouver was a prime target for foreign investors.  House prices in Vancouver rose to the highest levels of anywhere in Canada, and maintains that position still.  This is occurring despite measures taken by the B.C. government to impose a 15% foreign buyer tax on all non-residents that purchased real estate in the Greater Vancouver Regional District (GVRD).  The tax had some effect when first instituted, as prices dipped for a while after the introduction of the tax, but started bouncing back about 6 months later.  The benchmark price of a home in Metro Vancouver remains at over $1 million, with apartments/condominiums at around $650,000 and detached at over $1,600,000.

“Experts” continue the debate on whether the foreign-buyer tax in Vancouver (and now in Toronto) was nothing more than a political move and not really resulting in any changes for the masses clamouring for affordable housing.  While there was an initial slowdown in the Vancouver housing market after the introduction of the tax, it is attributed more to a waiting period on behalf of foreign buyers and hesitation on the part of locals as everyone took a step back to assess what was going to happen to housing price levels.  And once the dust settled, the frenzy begun once again with Vancouver seeing double-digit increases in 2017 before showing signs of slowing down toward the end of the year.  Condominium sales led the way as domestic homebuyers appear to have given up on trying to purchase a detached house and are flocking to the “more-affordable” condominium sector.

Coincidentally, the Toronto real-estate market saw a staggering rise in prices after the Vancouver foreign homebuyers tax came into effect.  There was a 33 per cent year-over-year increase from March 2016 to March 2017, resulting in a similar foreign buyer’s tax being levied in April of 2017 in Toronto.  Up to that point, house prices in Toronto were making world-wide headlines with respect to the pace that they were skyrocketing, creating the same scenario as was experienced in Vancouver.  April of 2017 was when housing prices peaked in Toronto.  Toronto condominium prices averaged $518,879, and the average detached house sold for $1,578,542.  Since then, condominium prices have stabilized and plateaued, and with more inventory now available.  The average detached house, however, sold for $1,355,234 in Toronto in September, more than $200,000 less than the peak in April.

Similarly, the GTA has seen a 15.8% reduction in house prices since the peak in April, so there is a correction taking place.  But these corrections are only relative to where the levels were and have priced a number of domestic homebuyers out of the market or having to revise their expectations.  Toronto and the GTA have seen a dramatic shift toward high-density housing.  As with Vancouver, condominium prices remain fairly stable since they are the more “affordable” option for someone who cannot afford a detached or low-rise home.  Average prices of condominiums were at $507,841 as of August 2017 and demand for them remains strong.  Condominium construction continues at a record and apparently unrestricted pace and shows no sign of waning.  Even traditionally “suburban” cities and towns are seeing the introduction of high-rise condominiums to their skylines.

While Toronto and the GTA have kept up with demand on the high-rise side, there has been an increased demand from millennials with young families who live in high-rise developments and are looking for more space than is readily available in many newer buildings.  It all adds up to strong demand for ground-orientated housing, wherever it may be in the GTA, and there is virtually no readily available inventory.

Hence the move to high-density low-rise housing.  As single-detached houses join the list of endangered species in and around the GTA, we have seen the emergence of new forms of high-density housing, made to survive this storm of rising prices and dwindling supply.  Almost to the exclusion of all else, we are seeing frantic construction of mass complexes of stacked and other townhomes.  It is a win-win for some, as builders get to build cheaper and charge higher for what is offered, and buyers at least have a somewhat affordable option to get into real estate ownership.  And it may prove to be the way things unfold in the future as less and less detached homes being built means that their prices will continue to rise, creating even more demand for lower-cost options such as high-density housing and condominiums.

With constraints being placed on foreign buyers in Vancouver and Toronto, there is an expectation (some of which is already materializing) of a spike in prices in Montreal in 2018.  While prices in Vancouver continue to stabilize and even fall, prices in Montreal are increasing, albeit at a controlled pace.  And while they may not see the same kind of frenzied activity that Vancouver and Toronto experienced, for those looking for a safe (and relatively lucrative) haven for their monies, Montreal could be the beneficiary of investments from foreign buyers that previously went to Vancouver and Toronto.  Recent reports indicate that foreign buyers were buying downtown condominiums and million-dollar homes in Westmount and The West Island, market segments that had long languished.  Only time will tell if this will continue long-term.

One formidable obstacle to Montreal seeing the same level of price increases as Vancouver and Toronto is strictly cultural.  A large majority of foreign investors are Chinese, and Montreal is uniquely French.  There is no big Chinese presence in Montreal unlike in Toronto and Vancouver, and so there isn’t the flocking to wholesale interest in Montreal real estate as some might have anticipated.  Montreal’s market, unlike Vancouver and Toronto, is driven by local demand and remains a balanced and healthy housing market and a bargain with the average real estate price coming in at under $400,000, compared to $750,000 in Toronto and over $1 million in Vancouver.

Calgary is still suffering from the decline in oil prices and the crash of the oil industry.  Real estate prices are under great strain as there is a surplus of supply and any thoughts of foreign buyers showing interest in Calgary never really materialized.  There remains a glut of unsold condominiums and houses, and uncertainty about when a recovery will happen and what that might mean to house prices.  So much so that Calgary is seeing an unusual trend in that smart, young people who can afford to buy are opting instead to rent.  With the recent hikes in interest rates (and perhaps more to follow), it is significantly cheaper in the Calgary market place to rent for about $1700 something that would cost them over $3000 on a mortgage.  And due to the abundance of inventory of both rentals and sales, it is definitely a buyers’ market and may continue through 2018.

All in all, if Canada’s economy continues to grow at its current pace of 2.5-3% and there is stability, then the pundits believe that housing prices will definitely shallow out in 2018 in the hot markets like Vancouver and Toronto, with the rest of Canada perhaps seeing healthy but low single digit increases in house prices.  New mortgage rules and continued talk of foreign buyer taxes along with hikes in interest rates are definitely stemming the runaway effect on prices, and there is more sanity in Canadian markets, and for relocations [in] Canada. But for a housing market (and, quite frankly an economy) that is greatly bolstered by foreign investment, the “experts” expect that the big money will end up back in Toronto and Vancouver once people adjust to the taxes and new rules for buying.  So we can expect a maintaining of high prices in Vancouver and Toronto, with the rest of the country having stable and perhaps more “predictable” and balanced real estate realities.  With Calgary being a question mark as the province of Alberta and the country awaits a rebound in the price of oil and a recovery for the industry.

Click on the following blog post to review the importance of a CVE in the relocation process: Are you Relocating Employees? If so, you might need a CVE.